When houses today are made intelligent and home equipments are already made smart, things just couldn’t get any better.

Or not. Before you  start convincing yourself, you may want to look at WigWag first. It promises to “make your whole home wag”.

Wigwag is a home automation device that can take control over all things smart in your home.

1. It’s brained by what WigWag calls as the Relay.

2. Wigwag also has the Sensor Block.

Ever heard of IFTTT? Well, WigWag has its own version and it calls it “When This Then Do That”. It allows the same command writing through triggers and responses. However, WigWag’s version has DeviceJS for its javascript. It also has a local caching of the rules so that in unexpected events, Wigwag will still remember your rules.

Making the rules is as easy as controlling them You can manage your  rules through a smartphone or even a tablet. Say for example, your kids arrived from school. This will be your When. You can automatically set the thermostat and the TV to turn on once they enter the living room. This is for your  Do. If you want, you can also program to turn the lights on in the front door if motions are detected. You can also add up an additional command to set up Wigwag to send you a message or pop a tweet for such scenario.

Primarily, you need to download the app. After which, WigWag may need you to scan the code found on its back. Pairing will instantly push through and your device will be registered immediately on the app. There will be no need for you to key in and memorize passwords and security pins.

Actually, WigWag works with several devices you may already have on your home. It works with Phillips Hues and even the Belkin Switch. The good thing about its compatibility is that you won’t have to search and link the device with the app. WigWag automatically detects them for you.

Interestingly, Wigwag has another device that can’t only give you lighting but detects it as well. The Glowline is an 8 ft lighting strip that you can synch with other lighting devices at home to either create mood lighting or simply light up your stairs or your kitchen cabinets. If 8 feet is not enough for you, you can extend it up to five meters more by purchasing an upgradeable strip. You can set the GlowLine to blink, steady or even change its colors.

The Glowline doesn’t only affect your lightings at home. It can also detect motion as well. You can program the lights to react once it detect someone or something moves. It even has a buzzer.

You can purchase Wigwag Relay at $149.99 per piece while the Glowline is at $64.99 through WigWag’s pre-order page. You can get the Sensor Block, on the other hand, at $64.99. However, if you want the whole set, you can try purchasing its Smart Starter Kit. It includes the Relay, a Sensor Block and a Presence Tag which you can get at $199.99. They also have a Super Kit at $649.99. That includes a Relay, five Sensors and five Tags.

If you’re wondering about the tag, the Presence Tag is Wigwag’s locator. It sends signals so you  know where you can find your pet or another person’s location.

One more exciting thing about WigWag is that it has its own light bulb as well. They have  their Filament LED bulbs that can last up to 30,000 hours. . The bulbs  are fully dimmable and can emit lights that resemble that of incandescent bulbs at only 9 watts per bulb. However, the bulbs can also give you  the full spectrum of the colors through the RGB diodes. Wigwag has a separate Lighting Starter Kit which you can purchase at $199. It includes the Relay and four bulbs. Its expansion pack is available at $74.99.

In case you haven’t heard, WigWag also won the Smart Home category award from CES this 2015. Other than bagging the award, it actually has a lot of positive points if you compare it with its competitors. One such good point is that WigWag will not ask for any monitoring fees. It also has a relatively lower price.

WigWag may actually be better than most of its kind. Remember Revolv?  It was sold at $299 and claims to have the same feature of a unifying control over home automation devices through an app. It also has scene creations and an easy set up. However, compared with Wigwag, it needs to be with constant internet connection. Revolv was later on acquired by Nest. 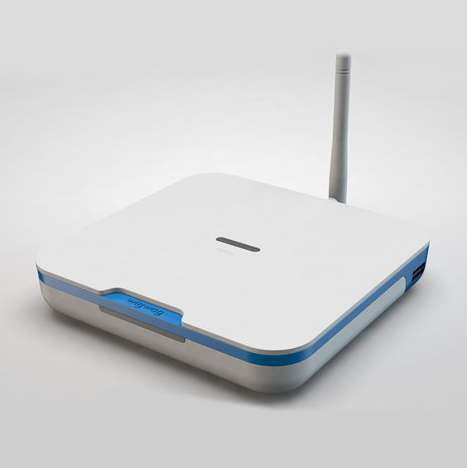