You wouldn’t believe all the great things it can do for your home.

As stealthy as its name implies, the Ninja Sphere is relatively small for the several features it has been packed with. It aims to dominate your home by being a platform for all things possible for home automation. It can take control and manage all your smart devices.

Ninja Sphere was presented through the platform KickStarter for funding. Just in case you may have notice some familiarity with the name, Ninja Sphere actually came from the same company that introduced the Ninja Blocks. That means same codes and same functionality. However, you should not drop into conclusions just yet.

Interestingly, Spheramids can also work to find your misplaced objects at home or even your children when you are away. How?

The Ninja Sphere has the Trilateration technology.

Other than finding things for you, the Trilateration Technology can also send you an alert if something in your home has been moved. However, you may need to place a  smart tag on it first. You can also set such event as a trigger to activate your cameras and sensor. You can do all of those things through the Ninja Sphere’s mobile app. It works both with iOS and Android devices.

Another interesting feature of the Ninja Sphere and perhaps its main attraction is the open source software. Currently, it can support devices from third party developers such as Spotify, Phillips Hue, Dropcam and Belkin Wemo. It can even work well with its predecessor, the Ninja Block.

If you worry about having several and different drivers at home for each of your devices, Ninja Sphere may help lessen your thinking. It makes use of its own software to control your devices. Simply put, the Ninja Sphere can serve as the brain of your several home automation devices. It can control your lightings, your thermostats and even your little appliances at home.

Say for example, you may have probably left the lights on in your bedroom when you hurriedly left for work this morning. Ninja Sphere detects that there is no one at home and reacts to the scene by the habits it has learned from you. Figuring that it is not normal to have the lights turned on when  no one is at home, it immediately calls your attention by sending an alert. It then asks you whether it should turn the lights off or not. You can respond through your mobile app.

Want to do more than just that?

You can get more creative with your scenarios by using Ninja Sphere in your recipes through the If This Then That (IFTTT) rules. It’s a service you can find on the web to create triggers and actions to set how your digital life would work.

Ninja Sphere was able to reach more than six times their target funds. As per their update via the platform, there were already 100 Ninja Spheres shipped to Australia. They are currently working on their second batch of pre-orders. When you order one from them, you also get an access to their mobile app’s beta version for iOS. However, if you’re an Android device user, you may have to wait as their mobile app for Android devices is still on the process.

You can get a Ninja Sphere to brain your home for $329 through pre-ordering either on their page or through KickStarter and that fee includes free shipping and smart tags already. If  you’re on the other side of the world and you’re a bit worried if the ninja can reach you, Ninja Sphere actually ships on most countries. All you have to do is check first if your country is on their list. If not, you can simply drop them a note. 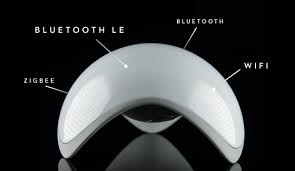