Nanoleaf Bloom: The Dimmable LED Light Bulb without the Dimmer

If you think using your phone and an app to control your lights is too bothersome, then Nanoleaf Bloom is good news for you. It can instantly turn your regular light switch into a dimmer switch. There’s no need to buy a separate dimmer or change your existing switches at home. Cool, right? 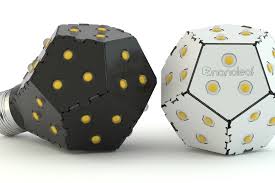 It’s also actually the most  energy efficient light bulb in the world. It can give you 75 watts of brightness by just consuming 10 watts of your electricity.

The Nanoleaf Bloom was crowdfunded through Kickstarter. Aside from letting you save on your electricity bill, the Nanoleaf is also a safer choice compared with other light bulbs.

The Nanoleaf Bloom has an integrated microprocessor which is able to translate your regular switches’ on and off to something the bulb can understand. But, how do you actually control it?

Hold on to your light switches. This is actually going to be fun.

Other than the Bloom bulb, Nanoleaf also has the Nanoleaf One bulb. It has the same safety feature as the Bloom in that it doesn’t overheat even when used in enclosed fixtures. However, the Nano leaf One bulb is non dimmable.

Nanoleaf also has the Nanoleaf Gem. It is made of resistant glass and the same safety and equal light distribution as Nanoleaf’s other light bulbs. It comes in a frosted white design and the option to choose between the 470 lumen and 800 lumen version.

The Nanoleaf Bloom can be purchased through their official ordering page. You have the option to choose your preferred design and to key in your country to know your bulb base. Each bulb costs $39.99 and comes with a 3 year limited warranty. 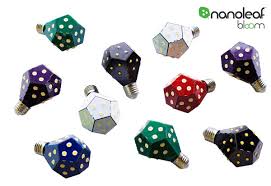 Speaking of price, the Nanoleaf Bloom may actually cost higher compared with other LED bulbs and the limited functionality it can do for you and your home can make you question your purchase. However, if you are to look on its cost saving benefits on your electricity, you can simply look at it as an investments. And besides, it’s perfectly fine to have fun once in a while. It’s a really cool light bulb,after all.