Knocki is a bit different from your typical smart devices. It doesn’t just give you control but it can also turn any surface a part of your smart home. It can be your table, door or even your cabinet.

All it takes is a knock- or a series of knocks. Here’s a brief overview of Knocki:

How to set it up

Using its adhesive tape at the back, you simply stick Knocki on any surface. You can also screw it if you want to make it more secure. You can place it on wood, dry wall or even metal surfaces.

Its response, however, will depend on the material of the surface as well as the thickness.

Knocki has an LED that flashes as it responds to your command but it doesn’t have to be visible for it to work. You can place it underneath tables, inside cabinets or behind doors.

Although you can literally stick Knocki anywhere, you have to remember that it needs to be within the range of your Wi-Fi. If your signal is limited and you want to use Knocki outside, you can try investing in a Wi-Fi extender.

How do you control it?

Knocki comes with its own app which you can download on either to an iOS or Android device. Through the app, you can:

After you’ve downloaded the app and connected Knocki with your Wi-Fi, you can start configuring it for the gestures you want. You can set a single tap to turn on your lights or set two knocks to turn off your smart thermostat.

You can also use a variety of tapping rhythms to activate more smart devices. For example, you can set two taps followed by four more quick taps to arm your security system. Since you can store up to 10 knocking patters, there are actually a lot of variations you can do. You just have to be a bit creative in setting them up as Knocki won’t respond to duplicated patterns.

How about accidental knocks?

Well, Knocki comes with a patented technology that combines an accelerometer with algorithms to make sure accidental knocks or vibrations won’t set it off. It even has a non-acoustic sensor technology to make sure no sound can affect it.

Its technology allows you to have several Knocki units at home to be activated at once. Of course, you need to make sure that they’re not sitting on the same surface.

What can it control?

Aside from your smart devices, you can also link Knocki with your social media accounts, online calendar or your email. It can also work with IFTTT, SmartThings and Wemo which means you can use it to control SmartThings, Philips Hue and Nest.

But, what if you don’t own any smart devices?

You can still buy Knocki and use it to get notifications each time there’s a visitor knocking on your front door. You can also use it to find your misplaced phone or to put your alarm on snooze. There are actually a lot of things you can do with Knocki.

How much does it cost?

Knocki is currently being funded through Kickstarter. Its campaign ends around the first week of July with shipment expected to start by December.

You should be able to buy one Knocki unit through the campaign for as low as $59 or if you want more, you can buy it in packs of three or five. After its official release, Knocki will be available for $129 each.

There aren’t a lot of devices that work in the same way as Knocki. The closest we can find is Flic which was also released through a crowdfunding campaign on Indiegogo. Similar with Knocki, it’s also attachable and can control your smart devices, phone and medical alert system based on how you press it.

It costs less than Knocki at $34 per button, but it can only be programmed to respond to one specific action. Knocki, on the other hand, can respond to 10 vibration patterns.

Should you buy it?

Knocki offers a lot of possibilities, particularly to kids and elderly. With a specific knock, your kids can send you an alert that they are home. You can also set it to notify an emergency number in case your parents aren’t feeling well and there’s no one to help them out.

Knocki can respond to 10 vibration patterns or knocks based on your predetermined actions.

Set up is really simple and direct.

It has a patent pending technology to make sure no accidental knocks can set it off.

It works on batteries.

You can attach it on, under or behind tables, cabinets and walls.

You can attach it to your walls with its adhesive tape or screws.

It needs Wi-Fi to work.

Its app is available to download on both iOS and Android devices. 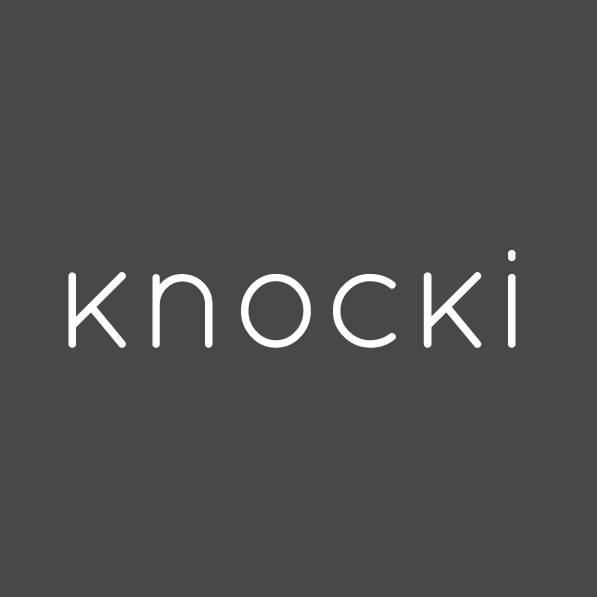