Do you remember those spider like cables that have to be put on your walls just to get your home armed with a monitoring system? Those holes that you have to drill for the wires? Or those carpets that were ripped up during installation?

Horrible, right? While you may have your own good and bad experiences about hardwired systems, it’s still a good thing that they’re in the past now.

However, if you still have those wires and cables at home, it’s not really necessary that you throw them all away. Insteon claims to work even with hardwired systems like the X10 units.

The Insteon Hub can be purchased at $39.99 per piece through their purchasing page. If you want to have control over thir party devices such as your door locks and lights, you may want to take a look at Insteon’s Hub Pro although it only works for iOS 8.

Insteon offers several packages and equipments. You can purchase and add devices to the system without the need to worry about overloading it. As a matter of fact, as you add more devices, Insteon gets stronger. Each device can act as a receiver and a repeater based on your system. Therefore, the larger the system, the stronger the Insteon set.

Other than controlling your home, you can also set your Insteon to follow schedules depending on how you set it. You can have your lights turned on at 6 pm and have them off by 6 am. If you’re feeling more creative, you can set your fingers to work on creating “Scenes”. It can let you control more than one device while playing with more advanced features.

Setting up your kit is easy. You just plug the device to a power source and your router through the Ethernet port. You then download the app and you can start controlling Insteon. On the other hand, as you may have notice, buying the hub alone or device per piece would be more costly than purchasing them by set.  As there is no monthly fees, it’s kind of expected that the devices would cost more. 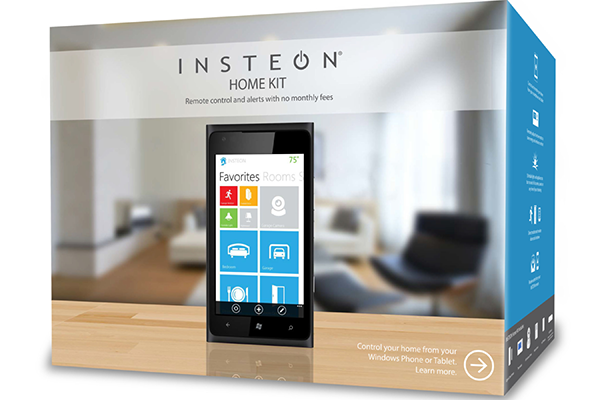