Blink Is Your Home’s Most Affordable Monitoring Solution

At around $79, you can have a monitoring system to watch over your home while you’re away, although it is currently on pre-order. Blink doesn’t just simply monitor your home, it ensures that you can keep a close eye on everything actively. The praises are similar to that of our most popular and affordable DO It Yourself (DIY) home security system, Frontpoint.

Blink Home Surveillance System could be one of the most affordable and reliable systems you can find on the market today. Again, the price is shockingly affordable compared to all the great things it can do for you and your home.

The benefits of Blink:

There are several home monitoring cameras today. In fact, since the competition has leveled up, security cameras have become more than just your average home monitoring camera. They have been condensed with several sensors and features that you can probably see in multi-device home security systems. Such as the Crash and Smash Technology featured in our top rated security system.

At $79, shouldn’t you expect Blink to have them, too? Which is exactly why the inventors of Blink have integrated multiple features and sensors to this security system to give you the best bang for your buck.

Blink is more than just a camera. Some of the extras include:

Blink comes with its own mobile app that is compatible with both Android and iOS devices. You can also reach the app using your web browser. Through this app, you can view any of your Blink cameras at home live. Which means you don’t need to receive an alert in order to see what’s going on when you’re away. This is Blink’s Live View feature.

Some key points to mention about Blink’s mobile app:

There are several possibilities still boiling at Blink’s laboratory. As it doesn’t support home automation yet, its developers are currently working on its IFTTT integration. “If This Then That” works to connect your device with several third party apps and smart devices. It would be nicer if you can change your lights whenever Blink detects something, right? Or perhaps, have specific appliances turn off whenever you arm your Blink system?

Other than home automation, Blink is also on the works to make itself an open API. This is good news if you’re a developer! You can get crazy with it by adding your own software and perhaps adding more hardware to personalize Blink to fit your daily needs.

Blink is heavily crowdfunded through Kickstarter. Not only did it meet its funding goal but it also met its stretched goal. As a result, Blink has been able to offer more than what it had initially proposed. It now offers a separate alarm unit that can be purchased optionally. This additional alarm unit will not include a Sync Module, which can only be acquired through Blink’s Home Monitoring System.

Some of the cool features of this alarm include:

The Blink Alarm System with a sync module will cost you $79. A Blink camera alone, on the other hand, costs $60. Blink vows to not charge your credit card until your order is shipped.

UPDATE: According to our sources, as of September 24, 2015, Blink has delivered their first round of two-camera beta systems. Pre-orders are scheduled to be shipped out sometime during Fall 2015. Pre-order is currently available for the Blink Alarm System.

Many customers who research Blink also compare it to Frontpoint. Check out why Frontpoint is the #1 rated home security system. 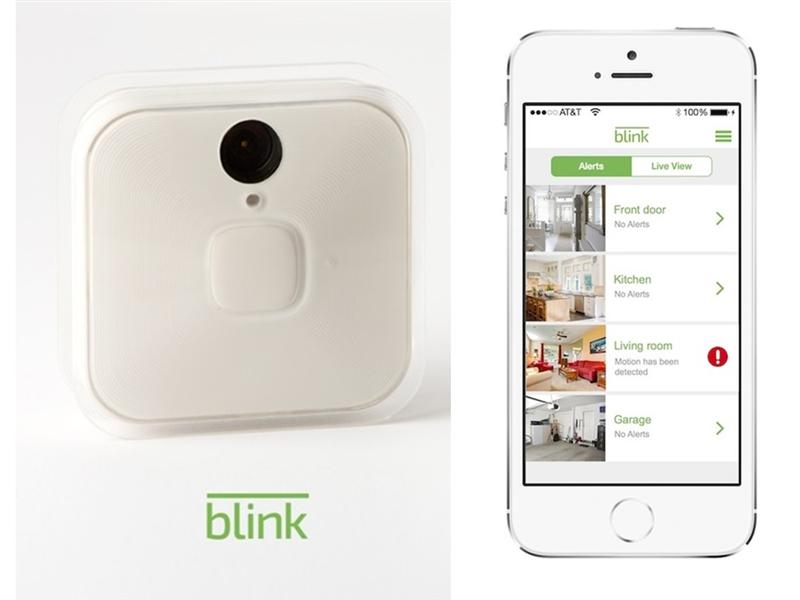