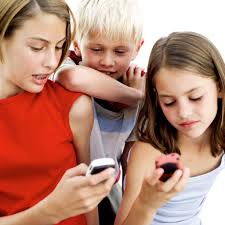 You should probably think twice about letting your kid use a smartphone all by himself.

Apparently, children, these days, are a lot smarter. As a matter of fact, most of them are capable of browsing the internet and using softwares by themselves, without your supervision. This makes it quite easy for them to get lost and misuse technology. Before you know it, they’re already keeping potentially dangerous apps in their mobile phones.

Here’s a list of apps you should be looking out for:

Tinder is a dating app and it’s not created for kids. It is primarily meant for people who want to find potential partners. Unfortunately, there is still an alarming number of teens downloading this app.

Basically, a person creates a profile on Tinder and uploads pictures for other searchers to see. Once another user likes or flags those pictures, they’ll be able to connect with each other and arrange a meeting.  This is a potential threat for your kid once he decides to connect with a stranger. The app also uses GPS to track its members which makes it easier for the bad guys to lure your kids into danger.

Blendr, like Tinder, is also a dating app. It lets you connect with another user in your area, anonymously.  It also uses GPS to find people within your area.

GPS tracking and anonymity can equate to danger and Blendr can be a good hiding spot for sexual offenders. The fact that they know where to find your kid and initiate a connection without revealing his true self is quite alarming.

Apparently, not all kids know this fact and it what makes Snapchat great for them. Snapchat is an app where your kid can share photos and videos and expect a 10 second limit on these files. This false sense of security encourages most kids to send whatever they want. It can be an embarrassing video or even a  private image.

However, what most kids don’t know is that there’s also an app that can grab their files right before they’re gone. Your child’s picture may already be all over the internet and there’s nothing more that can be done about it.

Vine seems to be harmless at first glance. It’s an app that enables you to record a 6 second video clip of whatever you want to share. It also lets you watch another user’s looping video clips. Unfortunately, at certain times, this 6 seconds can be more than enough to corrupt your kid’s mind.

Vine is open for users age 13 years old and above. However, there’s no strict verification of one’s age. There aren’t even any strong limitations on what your kid can and can’t search for. It’s possible for your kid to be exposed to explicit and pornographic materials in this app.

9GAG is quite a popular app these days. It lets you create memes or those funny images and texts which you can share with other people.

Unfortunately, as there’s no strict restriction on what images you can create or what message you can send, this app can easily encourage kids to join cyberbullying. It can also be used to look for explicit materials hiding under the humorous covers.

YikYak is a messenger application. To be more particular, it’s a messenger app for those people who prefer to be anonymous. It lets you send messages to other people without the need to reveal your true identity.

The problem with this app, other than anonymity, is its GPS capability. It connects you with the other users in your area, enables you to view their feeds and even comment on them. This setup makes YikYak a good venue for cyberbullying. It can allow your kid to comment rude things to another child or another person and be able to get away with it.

However, more than the risk of cyberbullying, Yikyak can also be a convenient place for sexual offenders to find victims. They can remain anonymous in luring your kid to their traps. They can do this with ease as the app is also location enabled.

Down is also called as “Bang with Friends”. The name, apparently, is quite unsettling.

Down is specifically not for kids and it’s actually more than just a dating site. It’s a particular app that is commonly used to find sexual partners. The app is often linked to Facebook and this connection enables you to sort your friends to “certain” categories. Your kid, in any way, should not be using this app.

Omegle’s set up is generally unsafe, particularly to the kids. For one, it allows you to videochat with another person even without knowing his identity. The app doesn’t even need you to verify yourself or your age.

However, there’s still an option in Omegle that can allow you to reveal your identity. This only happens when you and the person you’re chatting with are comfortable enough to get unmasked. Whether that condition happens or not, your kid should not be involved with this app.

Kik is a popular text messaging service. It even got more popular, although not in a good way,  after being involved in a sexual offense case. It was about a teenage girl who was sexually offended by a man she met through the app.

Kik allows you to communicate with other people and is actually a very powerful tool for communication. However, the app doesn’t really put restrictions  on who you can reach out to and what you can chat about. It also isn’t very strict on making authentic profiles and verifying identities.

When you find these apps on your kid’s device, make sure to have them removed immediately. However, prior to deleting the apps, you should be clear in explaining to your child why you need to uninstall them.  They should understand the importance of safety and the dangers of these apps.

Other than deleting and explaining, you should also follow these things:

Establish trust and make sure your kid understands that you trust him. Let him know that it’s the other people around him that you don’t trust. Kids can better comprehend a lesson when you take the time to teach him. Failure in making them understand will just force them to hide things from you. This, as a result, makes them at a higher risk of getting into trouble.